Note: The App is not available in the AppStore anymore. Why? Also, check out our FAQ and the User support forum (Github) 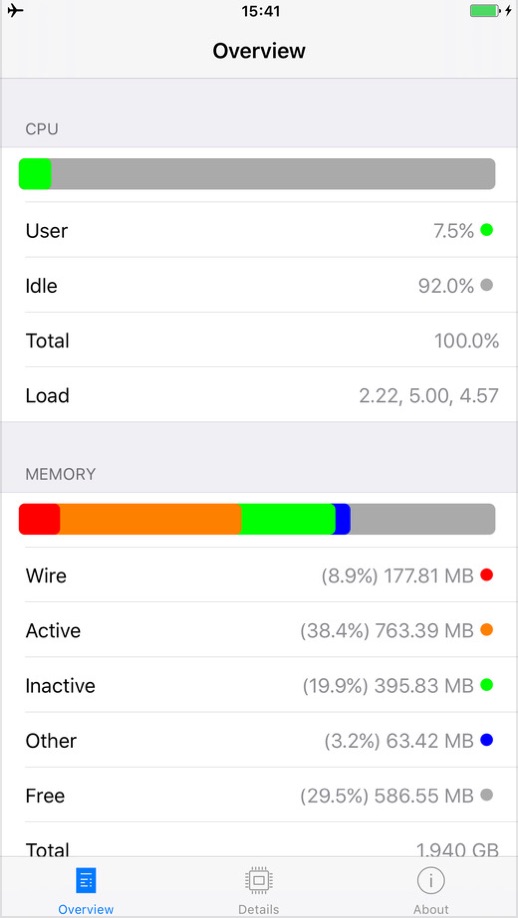 This app shows detailed information about your device and about the running processes from a security point of view.

The key features of this app are the ability to show the list of running processes in iOS 9 and a jailbreak and security anomaly detection that can help security concerned users to check for potential privacy issues and security threats. 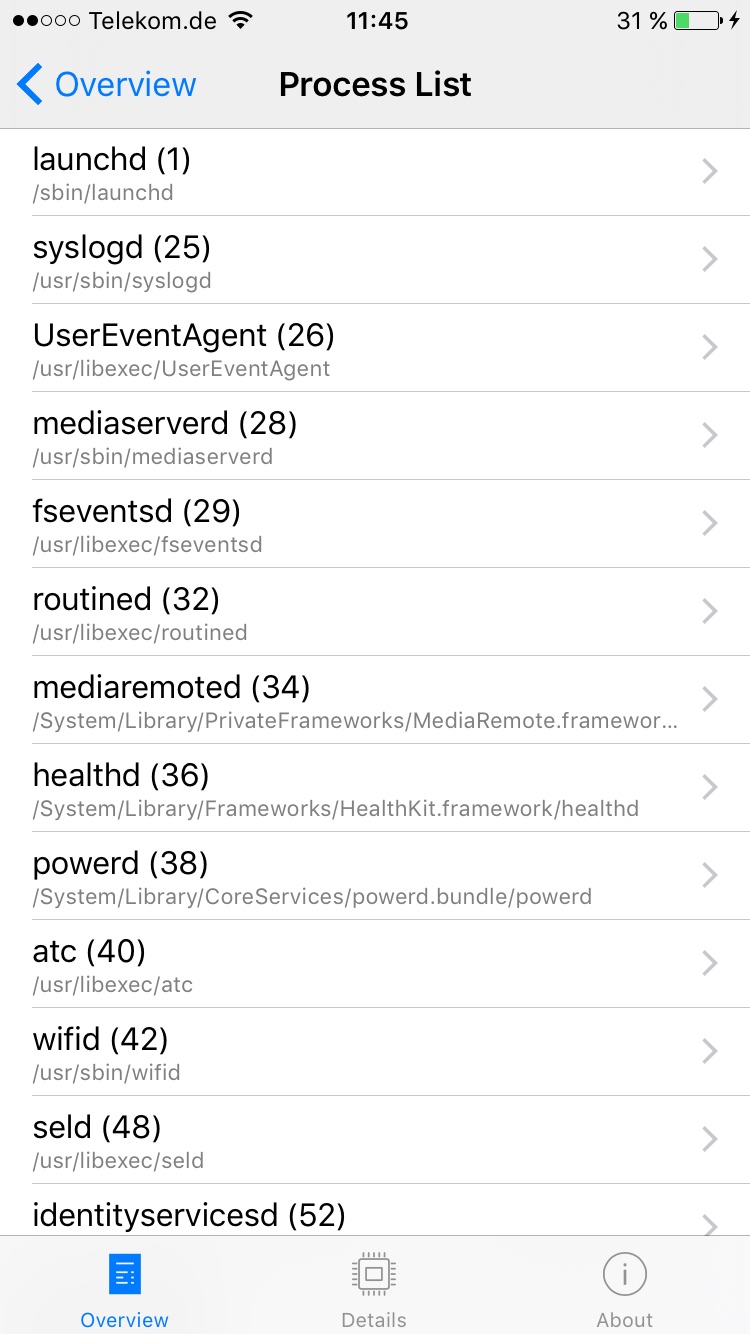 During this talk they discuss several APIs used to gather information about processes currently running on your system (around 12:12 in the video) and claimed to have fixed them. However as so often Apple has only partially fixed the problems they claim to have fixed. Therefore they have actually never stopped malicious applications from gathering information about what other applications run currently on your device, but only removed access to detail information that is only relevant for harmless system information tools anyway. 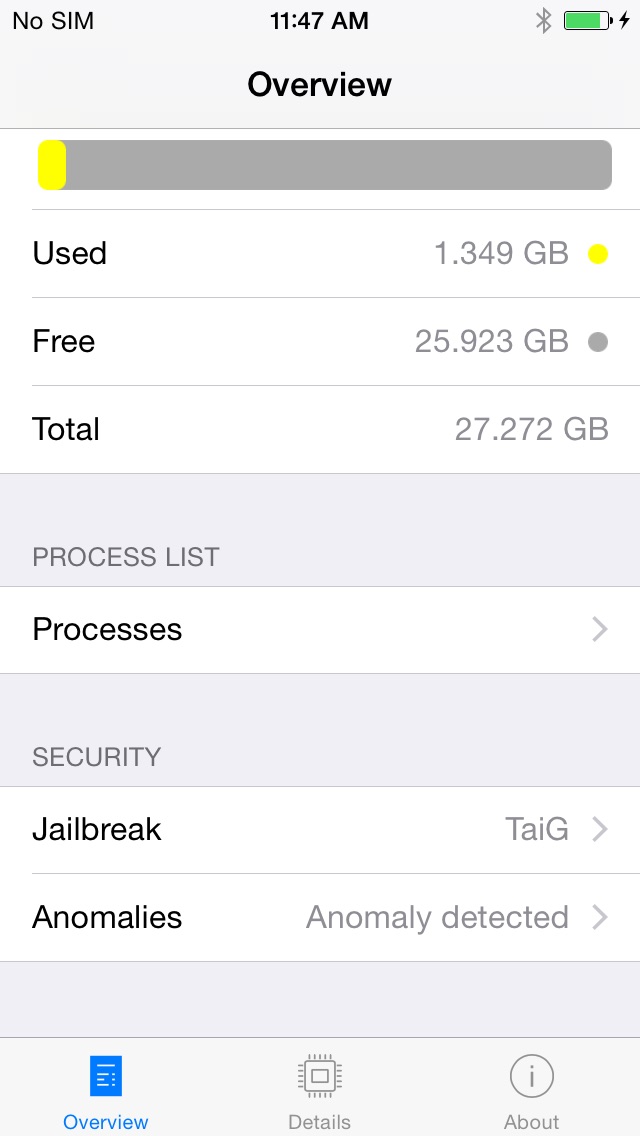 As a company known for iOS kernel and jailbreaking research SektionEins is from time to time asked by concerned iPhone user's if we can determine if their device got hacked or secretly jailbroken to gather information about them. To find this out with a high level of certainty we have to utilize private jailbreak exploits, because Apple locks down iOS devices from both defenders and attackers, which proves to be more often a problem for defenders than for the attackers. This is a costly process. We therefore wanted to provide the public with a low cost solution that allows to find out if someone used one of the public jailbreak or a customized version to hack and backdoor your device. System and Security Info therefore runs a number of tests to determine if it can find artifacts of one of the known jailbreaks and runs further generic tests to determine if e.g. the code signing functionality seems to be still working or not.

DISCLAIMER: Of course such tests in a publicly released tool can never fully replace a detailed analysis in our lab, because attackers can adapt and specifically detect and subvert our tool. They provide however a good first round of checks in the process to determine if the security of your iOS device has been compromised. Furthermore it has been reported that several vendors selling iOS spyware fully rely on modified public jailbreaks for their tools. The chance of detecting one of those is therefore high.

System and Security Info is designed to only show the information gathered to you on your own device. At no point any information is transferred off the device.